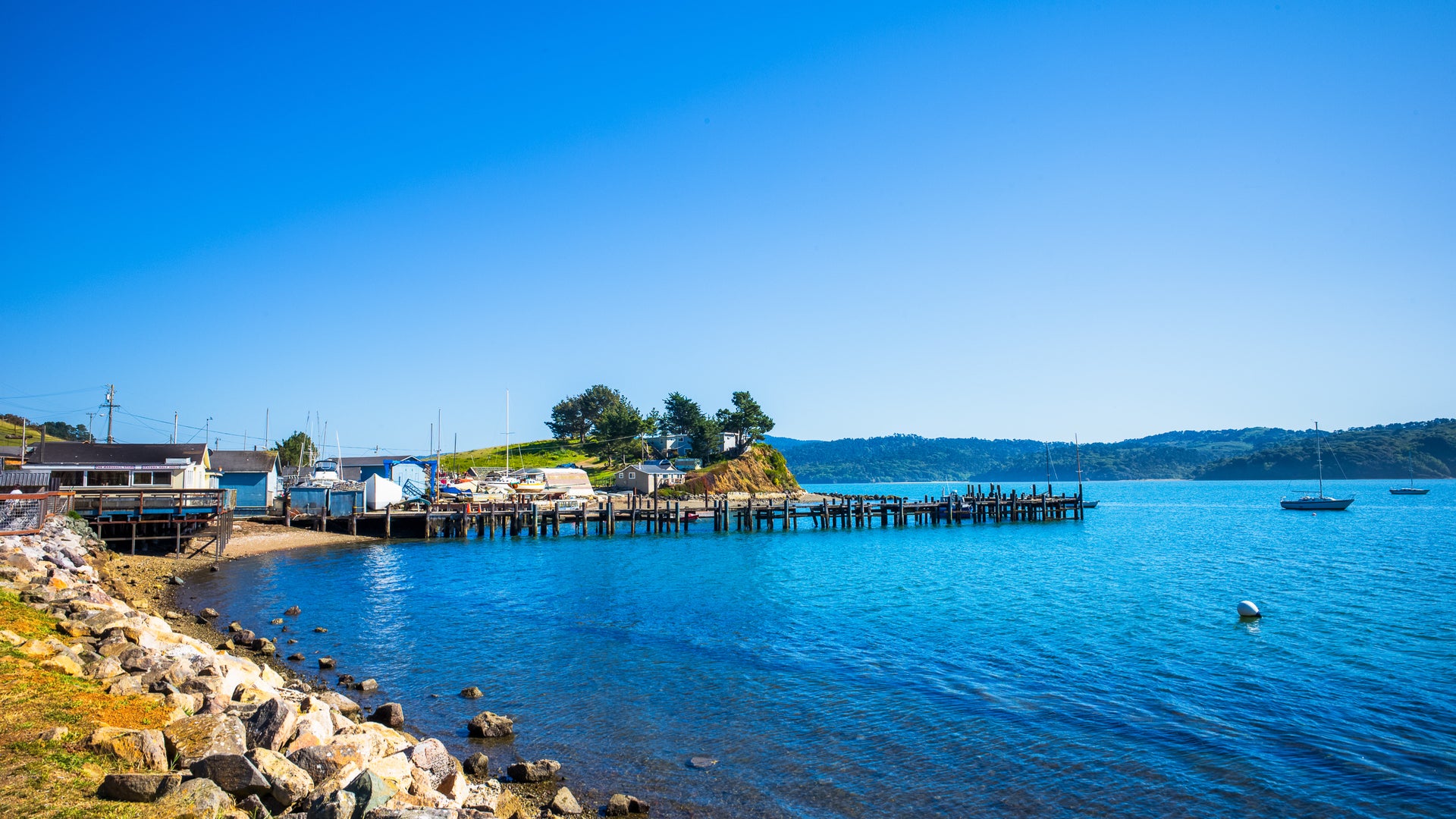 The Cooperative Extension (CE) shellfish sanitation modeling research program at U.C. Davis began in the 1990s as a cooperative research program between CE Researchers, the shellfish industry and the California Department of Public Health. The program was initiated to improved methods of evaluating sanitation conditions in shellfish growing areas in coastal waters. Since its inception, the research program has evolved into a national effort in states of the Pacific, Gulf and Atlantic coast.

The Federal Food and Drug Administration (FDA) is the primary agency responsible for protecting the health of shellfish consumers. The FDA has a Memorandum of Understanding with the Interstate Shellfish Sanitation Conference (ISSC) that recognizes the ISSC as responsible for providing the forum for state public health authorities to establish regulatory guidelines and procedures for uniform state application of shellfish regulations under the NSSP. The guidelines are published in the NSSP Guide for the Control of Molluscan Shellfish, which consists of a Model Ordinance and supporting guidance documents, and establishes the minimum requirements necessary to regulate the interstate commerce of molluscan shellfish.

Filtering-feeding shellfish, such as oysters, clams, and mussels, can concentrate potentially harmful organisms as they filter water to capture food particles. Fecal material from warm-blooded humans and other animals enter coastal waters, and often contain viruses, bacteria, and protozoa that are pathogenic to humans. Using current technology, direct testing for the presence of pathogens in shellfish growing waters is both expensive and impractical; therefor sanitary monitoring protocols use indicator species to determine the potential presence of pathogens in growing waters because their presence indicates that fecal contamination may have occurred. Fecal coliform bacteria are the primary indicator species used in the United States to assess sanitary conditions in shellfish growing areas.

Our Research Approach to Datasets in Shellfish Sanitation Modeling

In the development of all our shellfish sanitation models we made an early decision to only use official dataset collected and provided to us by state shellfish public health agencies. We strongly believe collaboration is essential, and the use of only state-sanctioned datasets and verbal communication with agency personnel is essential to develop confidence that sampling protocols and testing procedures conformed to both state and NSSP standards. This research protocol also provides opportunity for state agencies to use the same datasets to reexamine the methods used in the models’ development and performance.

We also emphasize that these models are not simply applying statistics to existing datasets. In the development of these sanitation models, we have employed new metrics to sanitation analysis by calculating a confidence limit for the confidence limit of the mean in the calculation of the Upper Limits of the 90thPercentile (i.e. Conte and Ahmadi, 2017). This is a new concept in the field of the sanitary control of shellfish produced and sold for human consumption and as expressed in manuscript review, the potential application has huge potential for reducing the risk of shellfish vectored illness within the human population.

Our approach to model development also involved publishing the model designs in peer-reviewed engineering journals. The application of the models’ are also published in peered-reviewed environmental journals designed for public health agencies; and professional presentations have been given at national and international conferences.

Aquarius:Aquariusis designed to evaluate proposed shellfish growing area closures rules using fecal coliform samples and the closure parameter (i.e. rainfall, river flood stage, river height). The model can handle up to 16 change variables, and now contains tide conditions as an additional worst-case scenario. It can be adjusted to calculate for 3-tube test, 5-tube test, 12-tube test, Membrane Filter (MF) test, Restricted 3-tube test, Restricted 5-tube test and Restricted 12-tube test. In place of statistical regression analyses, in which results have to be extrapolated, Aquariususes t-test to determine if there are significance differences between the old rule and proposed new rule. If there are no significance differences between the old rule and the proposed new rule, the new rule can be considered for adoption. The model performs the same statistical analyses as those of the NSSP model ordinance, and adds two additional analyses (Upper Limits of the Geometric Mean and Upper Limits of the Estimated 90th Percentile) to take in consideration of sample size and adds additional sensitivity to the analyses.

The Pearlmodel’s application is used for evaluating and managing shellfish growing water closures. The model’s outputs are as scattergrams or in tabular format. Scattergram outputs display fecal coliform profiles over multiple years (i.e. 30 years), and profiles the fecal coliform data points relative to the current NSSP 43 MPN/100 mL cutoff point and the Pearl Limit of 26 MPN/100 mL for a 5-tube test. Like Aquarius,Pearlcan also be adjusted for other tests (i.e. 3-tube test).  Tabular outputs display sampling stations and fecal coliform values as Percent True Positive (above 43 MPN/100 mL), Percent False Negative (below 43 MPN/100 mL, but above 26 MPN/100 mL) and Percent True Negative (below the Pearl Limit of 26 MPN/100 mL).

The Pearlmodel can be used in one of two modes. In the stand-alone mode, Pearlcan perform a multi-year analysis using observed fecal coliform data collected from within shellfish growing areas to determine if shellfish harvested from those areas may pose a human health risk. Shellfish growing areas that are identified as out-of-compliance through a stand-alone Pearlanalysis are candidates for closure rule adjustments using Aquarius. Run in tandem mode with Aquarius, the two models can be used to rapidly adjust closure rules in increments and maximize the number of days a shellfish growing area can remain open to harvest with no increased risk of illness to shellfish consumers. The Pearlmodel also employs the new equations of Upper Limits of the Geometric Mean and Upper Limits of the Estimated 90th Percentile to add sensitivity to the analyses.

Mermaid: The Mermaidmodel does not operate using raw datasets using individual water samples of fecal coliform concentrations. Mermaidwas developed to use calculated datasets, which are summary information of Geometric Mean and Estimated 90thPercentile values. These values are calculated using the most recent 30 samples per water sampling station. Both the Pearland Mermaidmodel use the same logic, and have the primary goal to reduce risk of illness to shellfish consumers.

We have been aware that some growers have questioned why we have conducted most of our current research to study sanitation datasets from states other than California. We have several primary objectives for these referred journal papers as follows:

2) Apply the models to sanitation datasets from public health agencies in multiple states on the Pacific, Gulf of Mexico and Atlantic coasts to ground-test the model’s application nationally, as each state follows the NSSP Model Ordinance in sampling and analytical procedures. Ground testing the models in all regions of the coastal U.S. demonstrates that the models have national application.

3) Test the hypothesis that states are inadvertently using the Pearl Limits as a cutoff limit for growing area closure and not the NSSP cutoff limits by using multiple state analyses of databases.

Although the agencies are applying a more stringent standard than the national NSSP standard, they are doing the right thing. Our first hypothesis is that agencies run regression analyses to examine sanitation profiles in production bays and implement the 14/43 National Standard. As a result, some people still become ill. Their only tool and recourse is to tighten the closure rules until illnesses decline or disappear. Our hypothesis is that they do not run additional statistics, just tighten closure rules.

We invite you to examine our models and programs through the following publications.

Conte, F.S. and A. Ahmadi. 2013.Pearl: A new model for evaluating and managing shellfish growing water closures. J. of American Society of Agricultural and Biological Engineering, Applied Engineering in Agriculture. 29(3): 351-359.

Conte, F.S. and A. Ahmadi. 2011.A computerized model for evaluating new rainfall closure rules for conditionally approved shellfish growing areas. Transactions of the American Society of Agricultural and Biological Engineers, 54(3): 909-914. 2011.